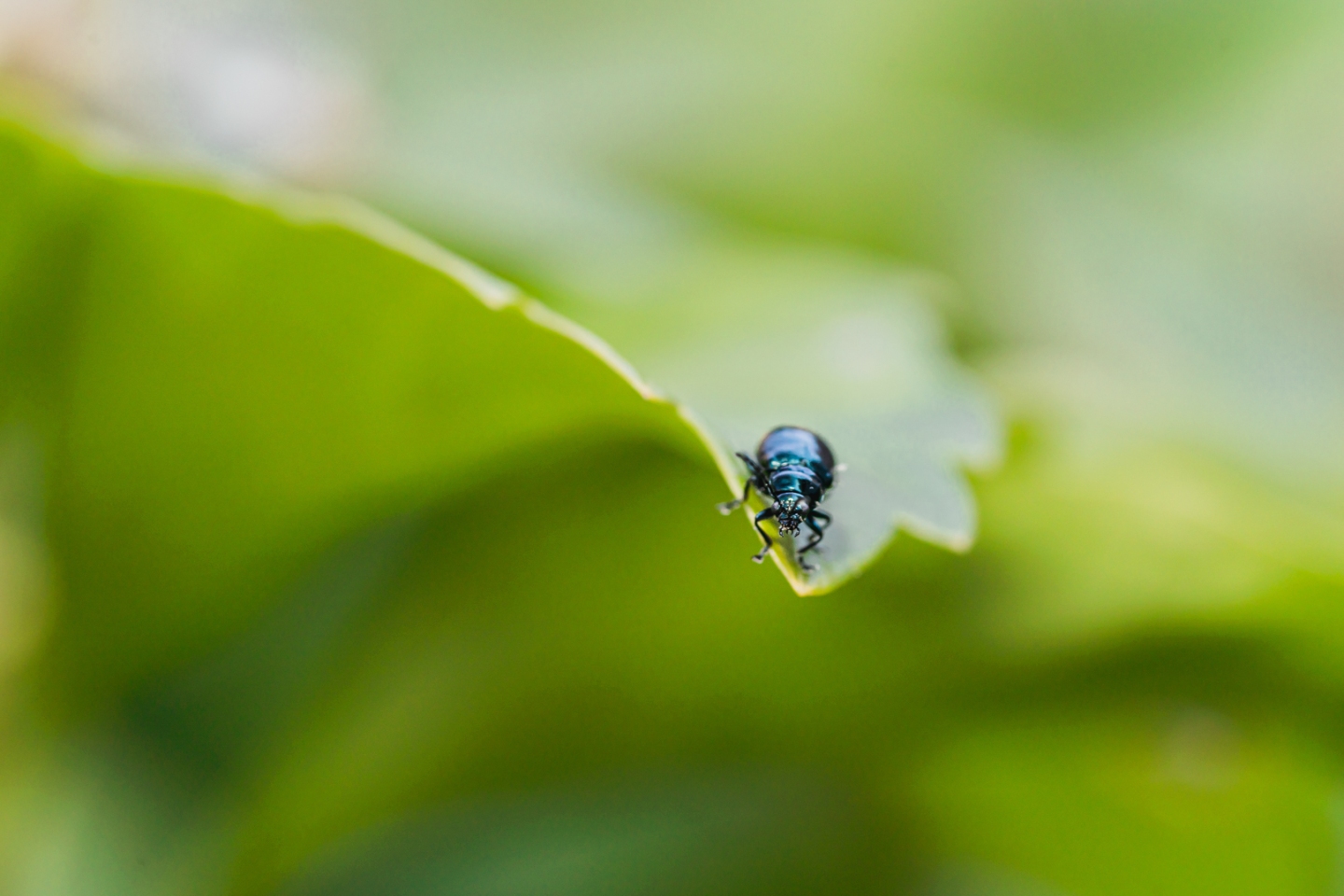 In this tutorial I am going to be talking macro photography. I’ll be covering a huge range of topics, starting with the basics of what macro photos are, what you’ll need to get started, choosing your subject, how to dial in the right settings and then also discussing how you can improve your setup to get the optimal photos.

Macro photography is all about taking photos of things that are small and making them look big. This is achieved by using specialized lenses that allow cameras to focus on objects that are very close to them. The concept is simple, however its unfortunately a little bit more complicated when put into practice. If you have ever tried macro photography before you will know how difficult it is to get a sharp image that is in focus, this is because the closer an object is to the camera’s sensor, the narrower the plane of focus is, to the point where at low apertures it becomes a hair thin and incredibly difficult to get into focus.

Choosing a camera though it’s actually relatively speaking the least important piece of gear because when taking macro photos, you’re going to want to be in manual mode regardless and the lens is going to be the more important part. The differences between a full frame and APS-c sensor aren’t as significant as in other areas of photography, though a full frame camera will often have an edge in quality when working with a full frame macro lens, but realistically speaking, a smaller sensor is going to perform just as well when using an equivalent lens for its sensor.

So your lenses are going to be the more important part, this is because macro photography requires a lens to be able to have a very close minimum focusing distance. When choosing a lens for macro photography it’s important to know its reproduction ratio, which is a number derived from calculating the minimum focus distance, the camera’s sensor size and the focal length, thankfully though we don’t need to do the math for this because camera manufacturers will have it on their website. This piece of information seems rather annoying to look for but is important because often unfortunately lenses can be branded as ‘macro lenses’ but, they aren’t all necessarily all as good at macro photos.

Speaking of things being pricey though, if you have done any research yet into macro lenses you might have noticed that they are often awfully expensive. Thankfully, there are a few ways to cheat the using extension tubes or magnification lenses that you put in front of your lens. I’ve made separate videos on the topic which I’ll link here, but essentially both of these means will allow a lens to focus far closer, but limit a lens’s ability to focus on anything but macro subjects, greatly limit autofocus performance and also decrease the image quality. They also are usually around 20-100$, and for that fact alone if you’re getting started with macro photography I highly recommend using extension tubes with the lens you already have before investing too much more into a macro lens.

The next thing that I really recommend while you are getting started is a tripod or something to stabilize your camera. the reason for this is going to become much more evident later in the video but what it boils down to is that you need try and reduce how much your camera is going to shake, especially if you are going to be capturing video. Ultimately though, get a tripod it doesn’t matter if it’s fancy or not just something to throw your camera on top of even if it is just putting it on top of a table, it will be a huge advantage.

The last topic is going to be optional, but it is the most important part of macro photography once you start reaching a professional level, that is going to be your lighting setup. Realistically I’m not going to go over how to utilize flash or constant lighting in this tutorial, but what I will say is you’re going to need a lot of light and the way you get that light is entirely up to you. What I will recommend is when you are learning is to do so indoors by a window on a bright day. I will be talking about settings next, and like with the tripod, it will become very obvious why you need so much light. Lighting is such an important concept to macrophotography and really it is going to be the limiting factor once you start trying to get more creative shots down the road.

That is it of all the gear talk though thankfully and we can get into the more practical application of all this gear. When you’re getting started I’m sure already you have something in mind that you want to take a photo of, personally my favorite subject for macro photography is bugs and small animals, I love being able to see into the smaller world that they live in that we just can’t see ourselves. In this video though I’m going to just focus on some product photography in a more controlled environment as it is a little but easier to teach, also, its winter here in Canada. I’m going to just be keeping it simple and using window light as well as some LED lights in the room because I’m going to be needing consistent lighting. I am going to place my camera onto a tripod to keep the shots consistent when I am going through my settings.

The first thing you’re going to want to do is to put your camera into manual mode and potentially manual focus if your camera has a hard time autofocusing. The most important setting to focus on is going to be the aperture because practically all of macro photography revolves around having your settings compensate for the aperture that you need. If I were to start off and take a photo of my subject with an aperture of the minimum my lens can go, which is f2.8, and I’m going to have a depth of field that is literally less than a millimeter in depth, so essentially none of my subject is going to be in focus. To compensate for this shallow depth of field, shooting macro photography often requires you to stop down your lenses aperture to maximize how much of an image will be in focus. You can see here how big of a difference there is taking a macro image when shooting at f2.8 versus f11, it’s night and day. In the video version of this tutorial this is much more clear, however the images below are labeled with their respective apertures.

When you’re choosing your shutter speed and ISO it’s going to be less relevant because your priority setting is going to be choosing the aperture. With that said, as always though you will want to keep your ISO as low as you can, but you will notice though that your shutter speed is going to be required to be relatively low and can be as slow as 1/10th of a second or so in order to gather as much light as you can. This is the reason why having additional lighting or shooting on a tripod is so important, because in situations where you can put your camera on a tripod you’re going to be able to get your shutter speed much slower allowing you to use a lower ISO and ultimately get a higher image quality. Another way to help improve your image sharp that’s if you are on a tripod is using a shutter delay of two seconds or so that you don’t shake the camera when taking the photo.

There are situations where using a tripod and slow shutter isn’t possible though, such as if you have to shoot handheld outside or your subject moves. You are not going to want to drop your shutter speed too slow for the fear of introducing motion blur from your own movement. In these situations you will have to rely on bumping up your ISO or introducing additional lighting such as flash in order to help sharpen up your images.

At the end of the day though what it requires is having a lot of practice with understanding how you aperture is going to affect your depth of field in a controlled environment, and then being able to manage your ISO and shutter speed appropriately to expose the image, and then once you get those concept under control take your camera outside into the wild outdoors and practice on a little bit more dynamic subjects in order to hone those skills that you’ve developed.

That’s going to be it for this tutorial though. If you would like me to make more on any specific topics of macro photography such as wildlife or product photography please let me know via an email. Macro photography is a subject that I wish I was able to do full time some days because it is so interesting. It allows you to show a world to others that normally is too small to appreciate in capture images that will require a lot of patience time and skill that you can really just take pride in. One of my favorite things to do is to print off my favorite macro photos just to give an even more surreal perspective on the small subjects. Hope this was able to help you get started and learn a few tricks along the way.